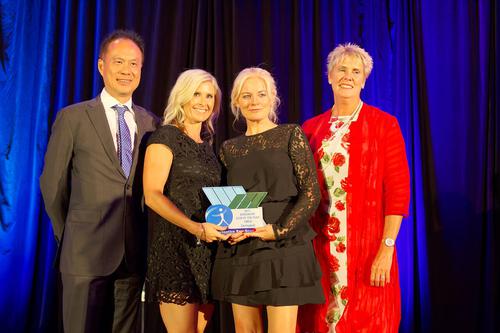 YMCA NSW’s Caringbah centre has won the top gong of Kindergym Club of the Year at the prestigious 2017 Gymnastics NSW Awards.

“Since we introduced Kindergym and the popular YMCA Ninjas program last year, we’ve seen an increase of more than 100 participants,” Ms Corbett said.

YMCA Caringbah was nominated across several categories at the Awards staged at Rosehill Gardens. Team Leader Rochelle Noll was a contender for Kindergym Coach of the Year and  Mikayla Duffy was in the running for Women’s Gymnastics Junior Levels Athlete of the Year.

“Mikayla’s achievements this year include the bronze at both the State Titles and the Nationals in level eight,” Ms Corbett said. “She’s a very talented gymnast with a very bright future ahead of her.”

As a further acknowledgement of YMCA NSW’s hard work and dedication to its local communities, YMCA Bankstown City was nominated for the Large Club of the Year award.

Y NSW Youth Careers Expo on Central Coast - Something for everyone!