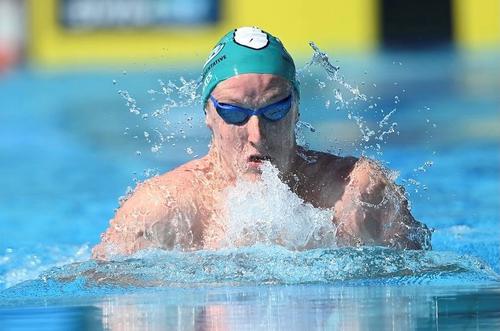 With two weeks until the Australian Olympic swimming trials in Adelaide, the Y NSW is supporting local hopeful Nash Wilkes in his quest to represent Australia in breaststroke.

The Y NSW have sponsored the 19-year-old rising-star with $1000 to support travel and accommodation to the trials, which run from June 12 to 17 at the South Australian Aquatic and Leisure Centre in Adelaide.

Nash is a Y NSW Swim Squad Member and is employed by the Great Lakes Aquatic and Leisure Centre in Forster as a lifeguard. He said the financial, professional and personal support provided by the Y community in Forster has been massive.

“I've been going to the YMCA since I was four years old, around 15 years now, so pretty much my whole life. I’ve been there from the start, training with the same coaches and slowly progressing through the ranks into country, state, national level and now the Olympic trials in a few weeks which is pretty exciting,” he said.

“Obviously it's not cheap to go to the trials with flights and accommodation for over a week plus costs leading up to it like training and equipment… I'm just really thankful that they're helping me and supporting me, and I can’t thank them enough.”

Nash said his job allows him the flexibility to pursue a professional career in swimming.

“I started working as a lifeguard at the centre nearly 12 months now… It works in with my training really well and everyone there is really supportive of what I'm doing and my workouts,” he said.

“The staff at the Y aren’t just colleagues, it's more of a relationship. Everyone knows each other and it's a really good system that we have going on.”

“Our staff at Great Lakes Aquatic Centre have known Nash since he was top of the octopus class at just four year old,” Shane said.

“From Learn to Swim to the Olympic trials, Nash is a shining example of what you can accomplish at the Y with a quality swim program, determination and the support of your family, coaches and community.”

Great Lakes Aquatic and Leisure Centre is proudly managed by the Y on behalf of MidCoast Council.

Happy 177th Birthday to us!