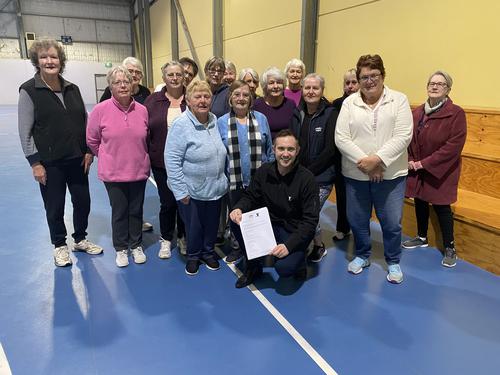 Applications are now open for up to 20 jobs with the YMCA NSW (the Y) at the newly refurbished Centrepoint Sport and Leisure Centre in Blayney.

The jobs fall within 8 positions including the Centre Coordinator and Learn to Swim Instructors.  In the coming months, several new casual and part time roles will also become available.

The Y was announced as the manager of the recently refurbished facility in June on behalf of Blayney Shire Council. This week, Area Manager Shane Simmons was in Blayney to conduct interviews and commence community consultation with key user groups.

“In addition to opening applications for roles this week, it’s been great to be on the ground in Blayney hearing from as many people as possible including existing staff, user groups and our customers on how we can maximise the potential of CentrePoint,” he said.

“For anyone who we weren’t able to meet face-to-face, we’ve also launched an online survey. As a not-for-profit organisation, we are committed to delivering the programs and services this community wants and needs.  We have had more than 120 responses already, and we invite as many people as we can to provide a view on program enhancements and operational changes.

“We will continue to review feedback and report back to the community on what they can expect in the coming months,” he added.

Locals are encouraged to have their say before 31st July in the survey which can be found here.

Mayor of Blayney Scott Ferguson welcomed the recruitment drive and opportunity for locals to have a say in future programs.

“Council have acknowledged that the operation of a facility like CentrePoint is not core business of local government and the benefits of partnering with an industry specialist like the YMCA, who have similar community objectives to Council is already being realised with the employment and career progression opportunities for our people,” he said.

Y NSW Youth Careers Expo on Central Coast - Something for everyone!