NSW Election: Leaders must commit to appointing a youth affairs minister to cabinet 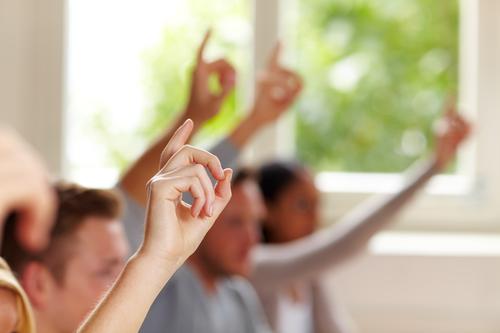 YMCA NSW, part of the oldest and largest youth organisation in the world, is calling on Gladys Berejiklian and Michael Daley to commit to appointing a Minister for Youth Affairs to cabinet should they win Saturday’s election. This youth portfolio is urgently needed to address the significant and worsening situation for young people in NSW.

It comes after neither major party has announced plans to comprehensively tackle the worsening rates of youth mental health, obesity and homelessness amongst the State’s 1.4 million young people.

CEO of YMCA NSW, Susannah Le Bron said: “It is astounding that it’s been eight years since we had a dedicated youth minister in NSW, and six years since we had one in Federal Parliament and the fact that things are continuing to worsen for our young people in multiple key areas is telling. Given young people make up a third of the voting population in NSW, its damning that they are the most underrepresented and ignored group of voters.

“Our young people have the highest prevalence of mental illness than any other age group, with suicide the leading cause of death for those aged 15-44 in NSW; young people are significantly overrepresented when it comes to homelessness; young people are more likely to be unemployed; and young people are engaging less in physical activity and free play compared to past generations, which has ultimately led to a marked rise in obesity.

“I could go on about the inequities and lack of support for our youth, but what’s clear is the current ad-hoc political promises and plans to improve the lives of young people are not working and a coordinated plan of action is urgently needed to address these interlinked issues. This coordinated plan must be delivered by a dedicated Minister for Youth Affairs who can represent the interests of young people and ideally who is a young person aged under 35 years old.

“Without any accountability for youth affairs in NSW, we’re looking at another four years with no guarantee of targeted, real progress on the critical issues, as a result many lives will be adversely impacted – and not just young people’s, but parents’, friends’, local communities and so on.

“The appointment of a dedicated Minister for Youth Affairs is also a powerful statement that we, as a society, value our young people and that we care about them.”

“The Nationals pledge is commendable given young people in our regions are doing it particularly tough and have less access to essential support services.

“But the reality is that NSW’s 1.4 million young people are in crisis across our state – in our cities, towns and everywhere in between and the challenge before us is how to support all of them. A dedicated Minister for Youth Affairs in NSW is vital to give representation, hope and practical support to our young people who so desperately need it.”