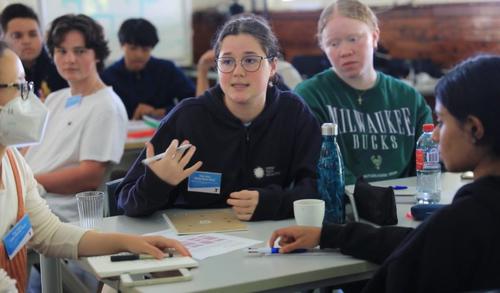 As Morrison and Albanese campaign across the country for their shot as Prime Minister, more than 70 young people from across NSW and the ACT gathered on the long weekend to train up for a ‘takeover’ of the Legislative Council at NSW Parliament in July.

The votes have been cast for positions in Youth Cabinets and Member for Newtown, Ned Graham, has been elected Leader of the Government in the Upper House.

Member for Tweed, Braydon Monahan, has been elected to a key post as Minister for Regional Youth, while Jayden Delbridge, from Wyong, takes on the role of Leader of the Opposition.

The Y NSW Youth Parliament Training Camp is the first step in a political education journey for the teenagers who packed their overnight bags to be trained as members of the NSW Legislative Council.

The Y NSW’s Youth Parliament is a near year-long program for young people in years 10, 11 and 12 or equivalent age throughout the state, and has been running for 20 years in 2022. 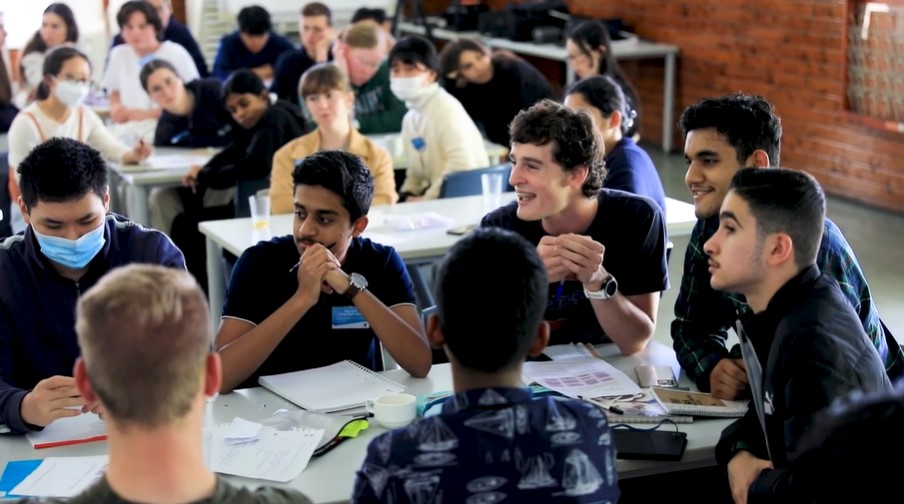 The students participating are drawn together by one common passion: they want their voices heard on issues that matter most to them and they are powerful advocates for their communities.

Newly elected Minister for Justice, Michael Farah, said he was inspired by the atmosphere and energy among participants at the training camp.

“As a person who lives in NSW who has lots of ideas and notions, who wants to really initiate change, I believe Youth Parliament and the Y allows young people like me to be an agent of change,” said Minister Farah, member for Castle Hill.

The 88 participants shared breakfast and dinner, they formed into their respective committees, practiced debating skills, formulated policy positions and by the end of the camp they had developed the foundations of a Bill to be debated on the floors of NSW Parliament in July.

“It was a really exciting morning just getting to meet all of the youth parliamentarians, and just all of the energy and insight, and just their willingness to learn about an advocacy process and really engage with it,” Ms Munroe said. 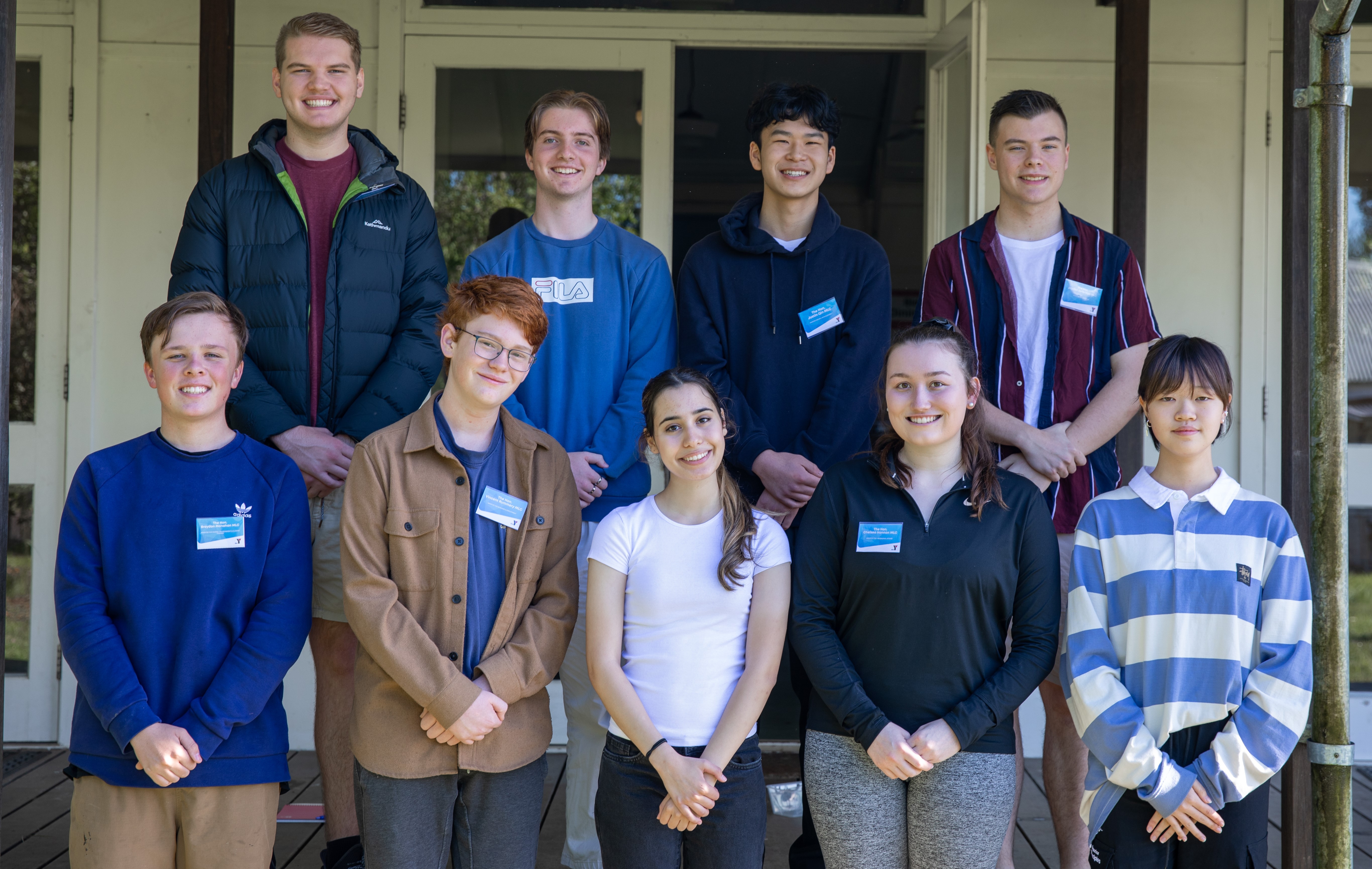 Participants were joined by a band of ‘Taskies’ a group of mainly former Youth Parliament participants, who returned to fill the many roles associated with the parliamentary process.

“I think this cohort is probably one of the most passionate I’ve seen, across the board, so many different diverse backgrounds and so many people advocating passionately for what they believe in which is really great to see,” Floyd said.

In all, about 20 Taskies, including a youth press gallery, will be onboard for the 20th year of the Youth Parliament program.

This is where many found their feet in political advocacy. It is a safe, inclusive space for young people to express their views, test their views and develop skills in discussion, debate and public speaking.
Many bring issues from their local communities.

They’re driven citizens, determined to prove that youth is no barrier to informed, impassioned political expression.

It is a way to engage with like-minded individuals, to step out of their comfort zone and develop life skills that serves them well in all walks of life.

Member for Port Stephens, River Terkildsen, is a member of the Justice Committee.

“For the longest time I have looked at politics and thought I could definitely do so much with this and I guess do my little part in the world and leave a mark,” Terkildsen said.

“At the beginning of the year my teacher gave me a little rundown of the program and I was like ‘this is right up my alley’ and I signed up and so far I’ve been loving it, I’ve learned so much.”

This is the first step in the program for the participants. From here, they will work on their Bills through a series of committee meetings. They will receive ongoing mentoring from state politicians and other civic leaders and advocacy professionals. They will come together in early July for a week-long residential camp.

Leader of the Opposition in the Upper House, Jayden Delbridge, is lining up for his final Youth Parliament and the Member for Wyong is in a hurry to make an impact as a member of the Education Committee.

“I want to improve the lives of our school students who spend 13 years of their lives at school; to improve their lives and the education system for every single student, that’s at the top of my wish list this year,” Delbridge said.

Participants hard work will culminate when they arrive at the biggest political stage in the State, the floor of NSW Parliament, to debate their Bills in a four-day sitting week.

“It brings me to tears of happiness to see someone start out shakey and nervous and unsure of themselves, and then over the process of the program to become more self-assured and more confident in their ability, and when they walk into those chambers and they start speaking it is really a proud moment as a taskie and committee adviser,” Floyd said.

“It’s one thing to give youth a platform where they can share their ideas and their visions, but to actually see them practice and actually live it out, you just want to keep coming back again.

"It’s my last year this year and it’s a bit sad, but you know I’m motivated to help improve the lives of my fellow young people as much as I can,” Delbridge said. 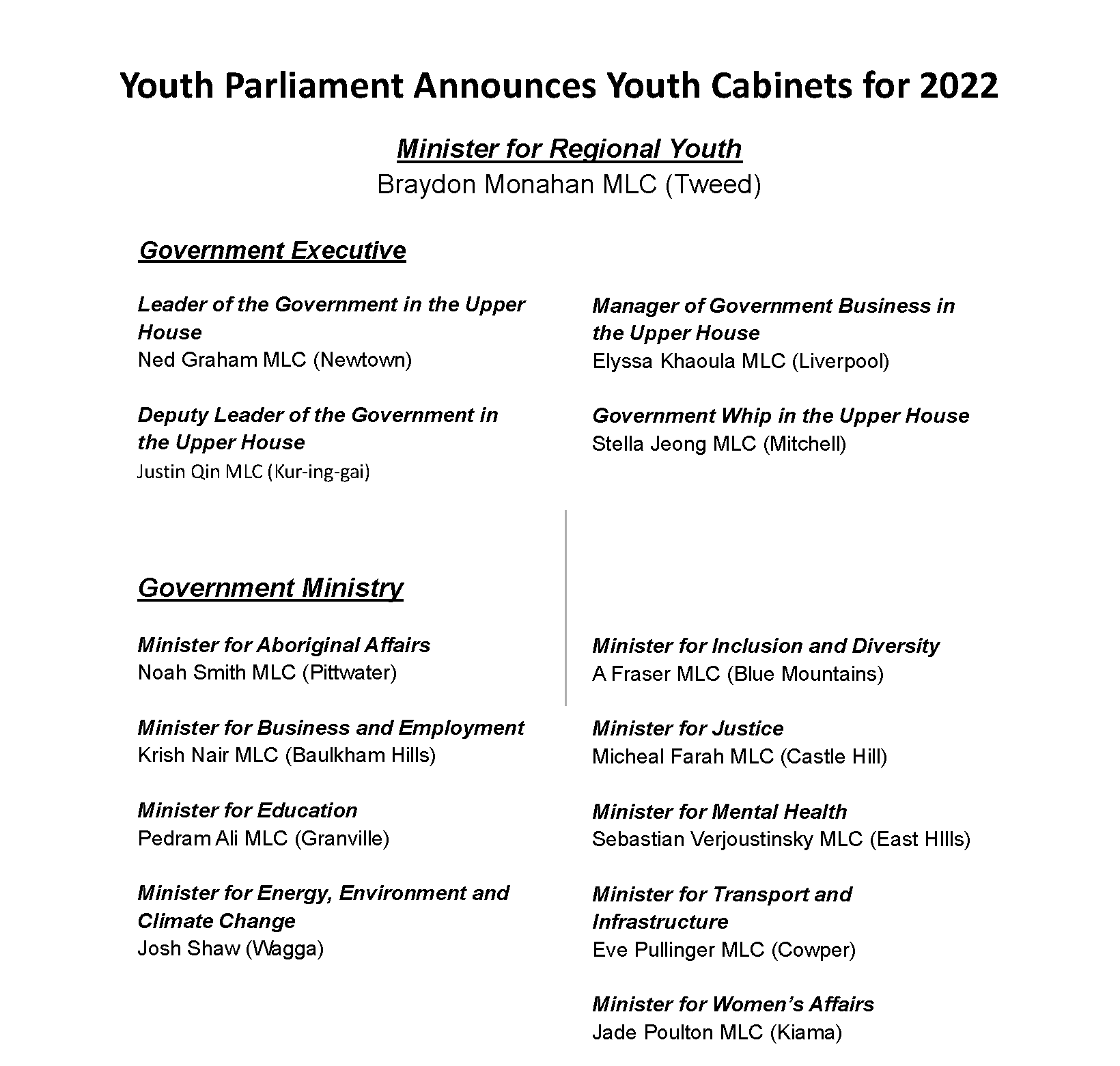 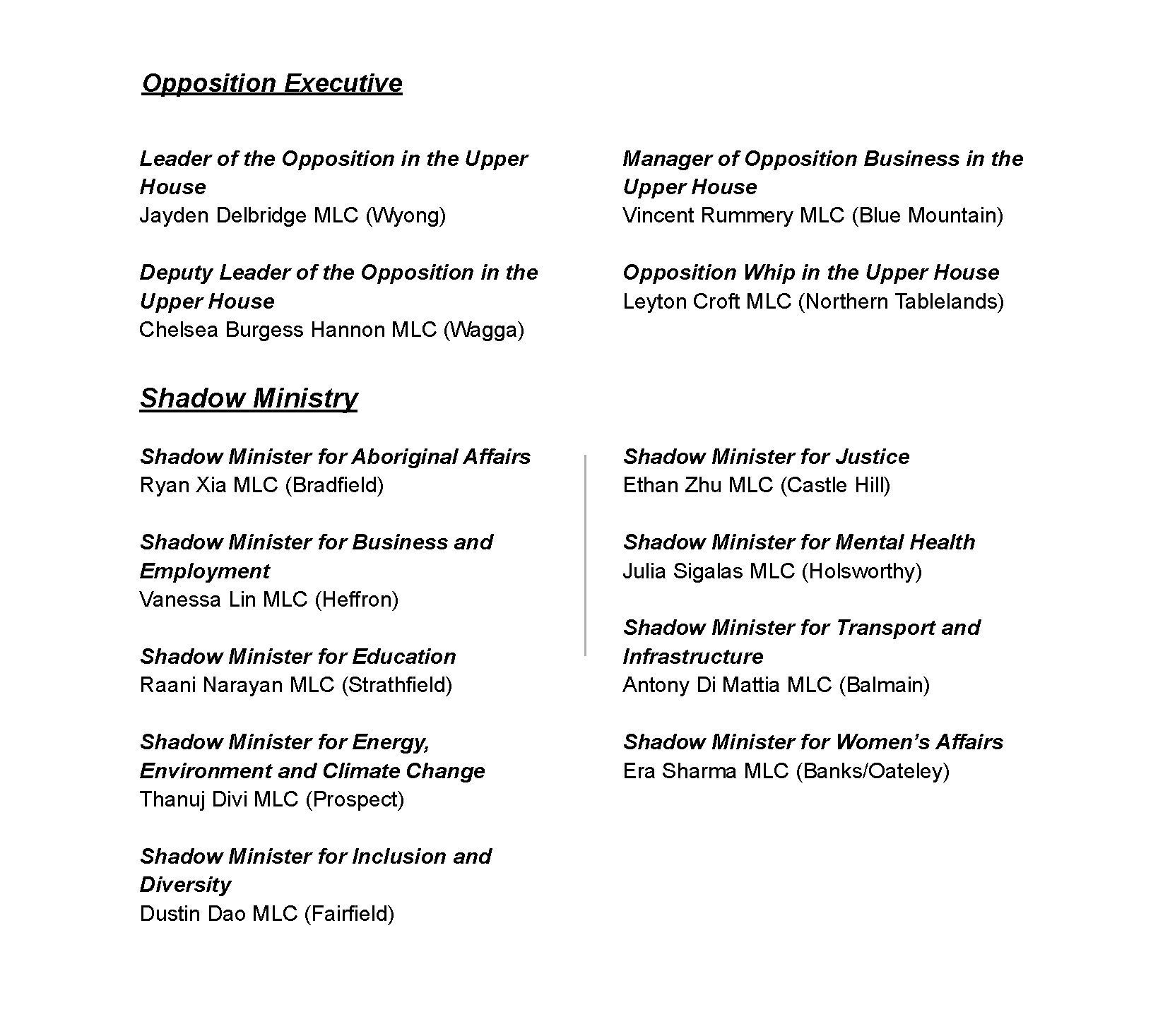